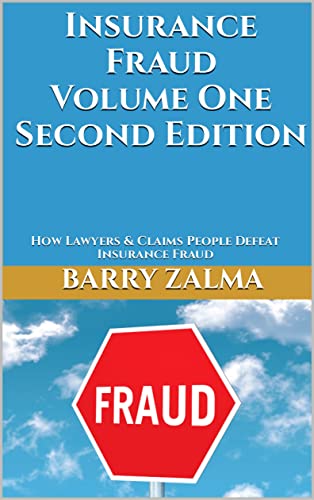 The April 15, 2022 issue is available here in Adobe .pdf format here and it contains stories including the following:

Some convictions for fraudulent insurance

Guilty of fraud in the care of a relative

Second District Judge John C. Judge withdrew the sentence and put Beckett on supervised probation for two years. The judge ordered Beckett to pay $ 245 in legal fees, a $ 1,219 refund to the Idaho Department of Insurance and $ 17,000 to the Northwestern Long Term Insurance Company. The court also imposed and suspended 48 hours of imprisonment to be used after trial by a security guard.

An investigation revealed that Beckett, while caring for a disabled relative in Latah County, formed a business and filed a claim with the relative’s insurance company for compensation for the care he provided to that relative. According to the relative’s long-term care insurance, however, family members were not entitled to compensation for providing care. Beckett admitted to investigators that he filed the claims under the company name because he knew he would not be paid if he filed them in his own name.

Federal civil and criminal investigations result in six convictions and the recovery of over $ 8.7 million in compound drugs formulated by Delco Pharmacy

Heritage Therapeutics, LLC, a Delaware County pharmacy was discovered by an investigation that yielded six criminal convictions and recovered over $ 8.7 million in criminal confiscation, criminal restitution and civil court payments.

From 2013 to 2015, Heritage formulated expensive compound medicines such as pain creams, scar creams and vitamins. These composite medications were prescribed to, among others, beneficiaries of TRICARE, a federally funded health care program for military members, retirees, and their families. The investigations revealed that Heritage paid commissions to some of its salesmen for referring Heritage’s compound medicines to medical suppliers who prescribed them to TRICARE recipients. Some of these sales representatives in turn paid returns to medical providers to get them to issue these prescriptions.

A leading seller for Heritage was Michael Bemis. Bemis paid kickbacks to a Philadelphia area

Doctor, Dr. Scott Kurzrok, in exchange for issuing prescriptions to TRICARE beneficiaries that Kurzrok is alleged to never investigate or process. In addition, Bemis recruited other sales representatives and encouraged them to also pay rebates to medical providers to get them to prescribe compound medicines to TRICARE beneficiaries through Heritage. Bemis also paid and encouraged other sellers to pay TRICARE beneficiaries to allow medically unnecessary prescriptions to fill in their names. In addition, Bemi’s sales representatives encouraged TRICARE grant recipients to accept refills of medically unnecessary medicines. Heritage submitted claims for these medications to TRICARE and paid commissions on these prescriptions to Bemis and other sales representatives.

For his involvement in the scheme, Bemis pleaded guilty to conspiracy to commit fraud in health care, was sentenced to over two and a half years in prison and ordered to pay a criminal restitution of more than $ 3.3 million and to confiscate over $ 930,000. Bemis and Dr. Kurzrok entered into both settlement agreements to settle civil claims under the False Claims Act.

Charles Hollister, a Heritage saleswoman in North Carolina, was one of Bemi’s recruits. Hollister paid returns to Tanya Dyer, a licensed nurse in Hickory, North Carolina, in exchange for Dyer prescribing Heritage-compounded medications to TRICARE grant recipients. These TRICARE recipients included individuals that Dyer allegedly never saw or examined. Hollister pleaded guilty to conspiracy to commit healthcare fraud, was sentenced to over a year in prison and ordered to pay over $ 1 million in criminal damages along with Bemis. Dyer entered into a settlement agreement to settle civil claims under the False Claims Act.

Andrew Balick, a Heritage salesman in Georgia, was another of Bemi’s recruits. Balick persuaded an alleged medical assistant to write medically unnecessary prescriptions for compound-filled medicines filled by Heritage. Balick provided TRICARE beneficiaries with information to the medical assistant to print the prescriptions and then shared a portion of his Heritage sales commission with the beneficiaries, including a man named Andrew Dykstra. In addition to providing Balick with its own beneficiary information, Dykstra became a sales representative for Heritage and is alleged to have recruited other alleged sales representatives to provide its TRICARE beneficiary information for use in the system. Balick pleaded guilty to conspiracy to commit healthcare fraud, was sentenced to more than a year in prison and ordered to pay a criminal restitution of more than $ 1.8 million in solidarity with Bemis. Dykstra entered into a settlement agreement to settle civil claims under the False Claims Act.

In addition, Joseph Fidelie, who was both a Heritage salesman and a medical assistant at an Oklahoma orthopedic clinic, paid kickbacks to a medical assistant in the same practice to get the medical assistant to prescribe Heritage’s composite medications to the TRICARE recipients. Fidelie received a commission from Heritage for the receivables paid by TRICARE. Fidelie pleaded guilty to one count of having paid returns in connection with a federal health care program.

In addition to the resolutions noted above, Heritage, together with its President, David Raffaele; principals Kevin O’Brien and Stephen Seiner; formerly responsible pharmacist Gary Umland; and sales assistant Michael D’Antonio; entered into a settlement agreement to settle civil claims against the entity and related persons under the False Claims Act. The civil claims settled by this settlement relate to Heritage’s sales representatives’ alleged payments of returns to medical providers, as described above, and to Heritage’s compensation to its sellers on a commission basis in the absence of good faith employee relations, all in violation of the Anti-Kickback Charter. In addition, this settlement resolved allegations that, in order to avoid TRICARE’s reimbursement of amounts previously paid to Heritage for compound medicines prescribed to TRICARE beneficiaries in the absence of any legitimate supplier-patient relationship, as described above, Heritage itself made false claims in their responses to a TRICARE audit.