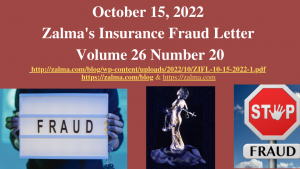 An insurance coverage and claims management writer, consultant and expert witness with more than 48 years of practical and courtroom experience.