Why insurers do not guarantee much 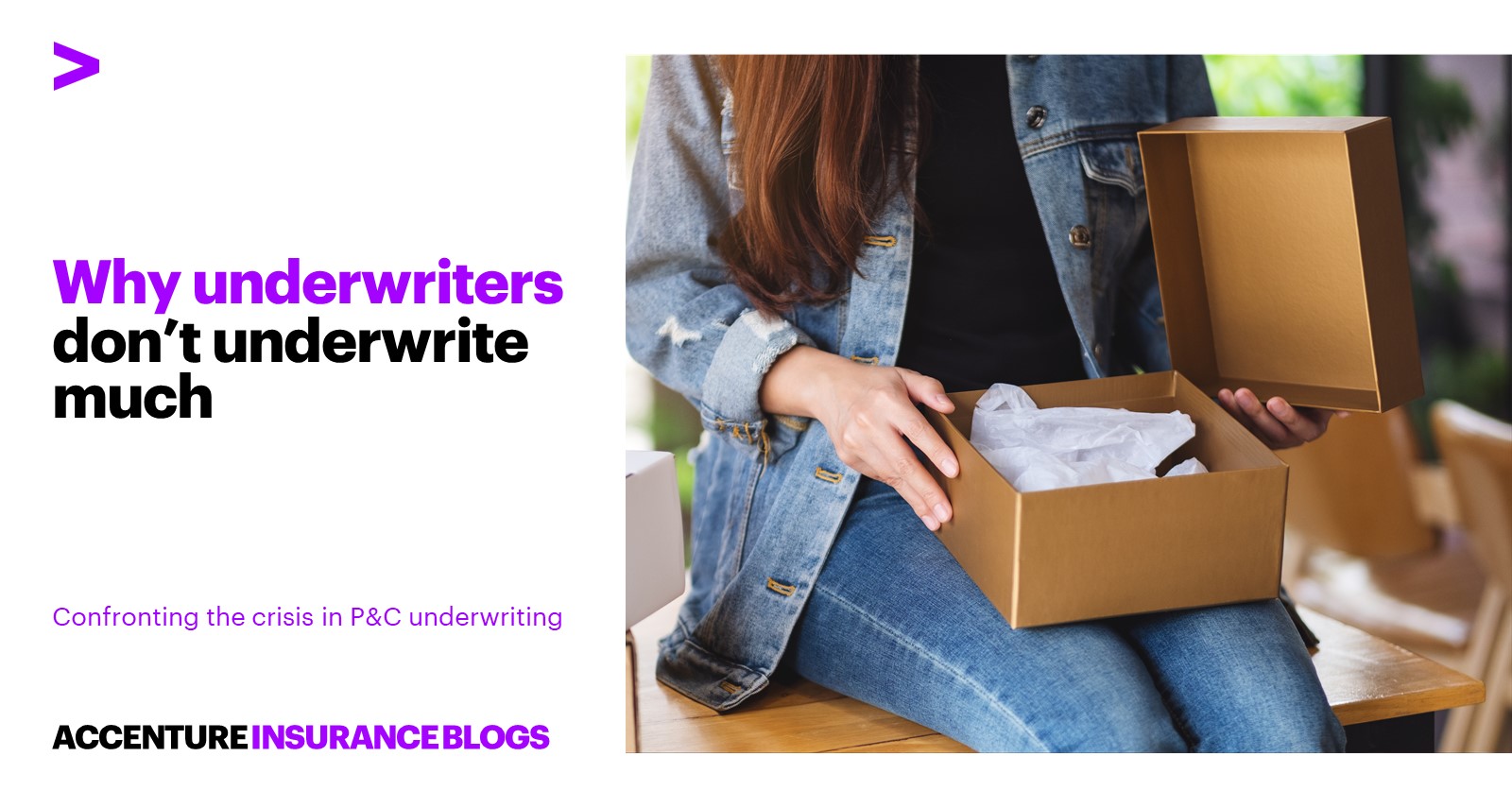 I think the best answer to this is underwriting. A carrier could in theory outsource every part of its business and as long as it still analyzes and prices risks, you can still correctly describe it as an insurance operator. Underwriting is the heart of the insurance industry.

This is what makes a longitudinal study of insurers so important.

Since 2008, Accenture has collaborated with The Institutes to investigate insurers on issue guarantees. As far as I know, this is the longest ongoing longitudinal insurance survey in the industry.

And the results of our latest P&C Underwriting Survey, conducted last year, are nothing short of alarming.

1: Underwriters do not spend much time underwriting.

We found that the average insurer today spends 70% of their time at work on non-warranty business. The average insurer in our study spends 40% of its time on administrative tasks, 30% on negotiation and sales support and 30% on actual insurance.

An insurer told our research team that “guarantors have turned into marketing executives instead of insurers.”

Another spoke of “the misconception that technology has made it easier for more workloads. It helps with better decision making, but it adds time for each submission to open and use all the new tools.”

These were the most commonly described obstacles to guaranteeing business success by a large margin. Other challenges with small but still significant recovery were outdated or inflexible systems, lack of information when needed, poor organization of insurance information and insufficient focus on education.

3: Underwriting quality drops … according to insurers.

We found that the proportion of insurers describing their insurance processes and tools as “superior” has decreased significantly since our most recent survey in 2013. We measure this across five dimensions in the survey, and all five have decreased. For example, in 2013, 52% of insurers told us that their technical training programs were superior. In 2021, it decreased to 34%. Frontline insurance practices declined similarly, with 63% of insurers judging their own as “superior” in 2013 and only 46% doing the same last year.

4: Technology can do more harm than good.

The use of technology, by and large, has been ineffective in reducing the workload of insurers, with 64% saying it has increased their workload or made a difference.

There is an important nuance to unpacking here. Most insurers have seen some positive impact from technology on their work. A majority of those surveyed in our survey said that it has increased their speed of citation, improved their ability to handle large amounts of business and increased their access to knowledge.

But only 46% say it has had a positive impact on automating or eliminating non-core data, and only 35% say it has increased their ability to cross-sell accounts.

5: The talent management picture is gloomy.

Perhaps the most disturbing results of this latest survey come from comparing how underwriters felt about talent management among their operators in 2013 and 2021. In a nutshell, carriers have gotten a positive feeling.

Seen on its own terms, each of these five findings contains a troubling truth about the defining function of insurance organizations today. Overall, the results are nothing short of alarming.

So what is behind them? And – more importantly – what to do about it?

In this blog series, we will explore these important issues.