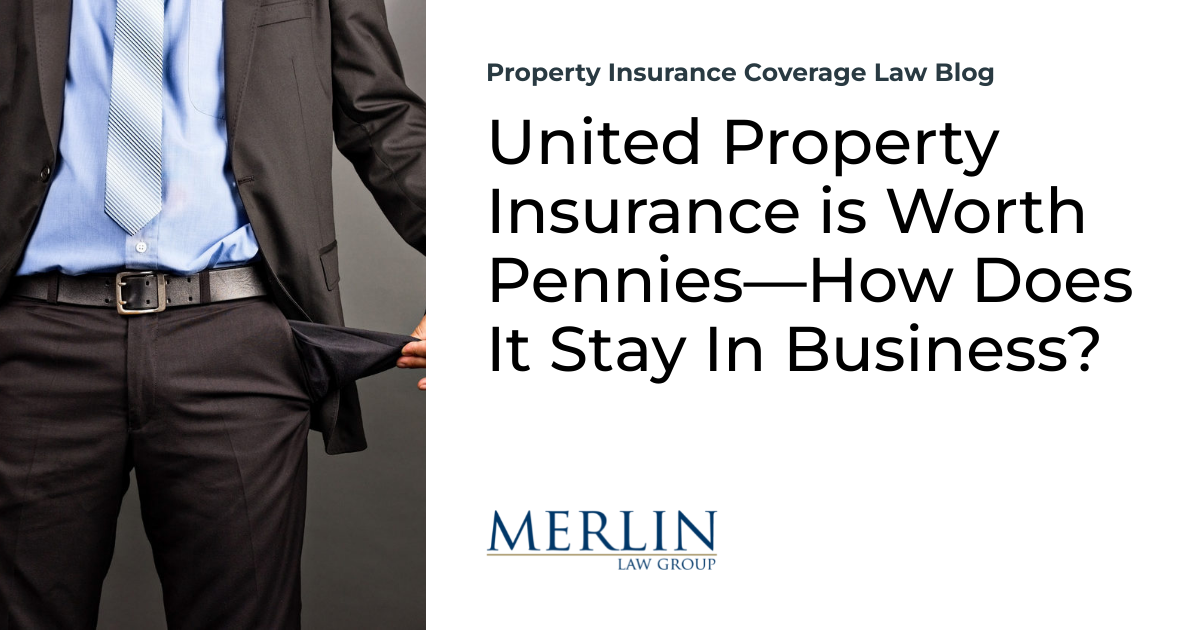 One statistic jumped out:

The company is leaving the market for private lines for individuals.

An article reporting on the company’s poor financial position, UPC reports loss of $1

The parent company of United Property & Casualty Co., which is already working to close stores in Florida and other states after years of financial setbacks, reported a net loss of $173 million for the third quarter of this year.

The negative numbers were not unexpected from United P&C, which announced in August that it would not renew personal lines in Florida and other states and had positioned itself for an orderly runoff. It came after a buyer for the troubled insurer could not be found.

The latest quarterly report and an earnings call last week offered new information about how red the ink has been on what was once one of Florida’s major private real estate companies and about UPC’s near-term future.

“During the third quarter, we made the difficult decision to withdraw United Property & Casualty Insurance Co. from the staffing business in the states of Florida, Louisiana and Texas,” CEO Dan Peed said in a statement. “While Interboro Insurance Co. will continue to write personal business in New York State, the withdrawal allows us to focus our capacity on our commercial residential business written by American Coastal Insurance Co.”

American Coastal will have backup from the Florida Insurance Guarantee Association. I’m sure many UPC policyholders would rather handle the claims through FIGA compared to UPC’s unethical tort practice.

One final caveat, these financials did not include the negative impact from Hurricane Nicole.

I learned a long time ago never to wrestle a pig. You get dirty, and the pig likes it.
—George Bernard Shaw