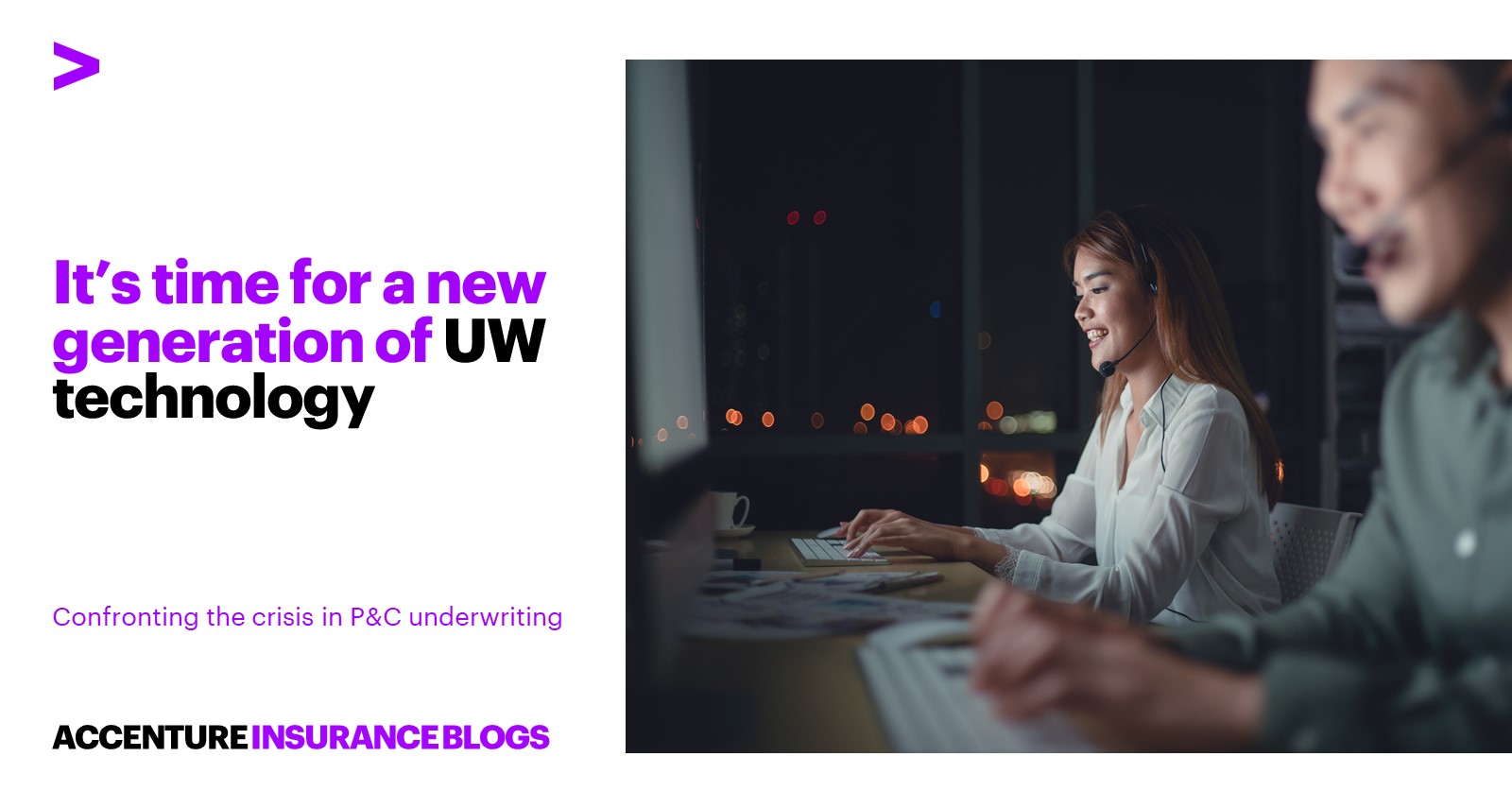 In this blog series, we have taken a look at the latest post in the only longitudinal survey of insurers in North America. The study, which is conducted in collaboration with Accenture and The Institutes, provides an important context for tracking the insurance company’s path, which is the heart of all insurance companies’ operations.

And our latest data, collected in 2021, has not been encouraging.

Which makes this post refreshing as we turn our attention to what insurers told us about the impact of technology on their work. It is not evenly positive, but the silver edges are much easier to detect in this data.

The impact of technology on core underwriting

The good news jumps right out of the data: overall, carriers say that technology investments in their organizations have had a positive impact on quotes, sales, risk and pricing evaluation, and account service.

The five areas of underwriting that were most improved by the technology were, in order:

All in all, this is some much-needed good news in the survey data.

But note the categories at the bottom of the figure: only 45% of insurers told us that technology has automated or eliminated the non-core insurance tasks they perform. A majority (44%) say that the technology has had no effect here, and 11% say that it has been negative.

This result should be seen in the context of the rest of the study. Remember that it also revealed that the average insurer today spends on off-core insurance information.

This is also reflected elsewhere in the survey data. For example, we asked guarantors what impact the technology has had on their workload.

But when we look at these data in a historical context, another silver lining emerges.

The proportion of guarantors whose workload increases due to technology decreases by 28 percentage points from the 2013 survey. In fact, the 26% who say that technology increases the amount of work they do is the lowest percentage we have seen in the 13 years that our data covers.

To break out of the hamster wheel

To me, the last decade of technical investment in underwriting is a bit like a hamster running on a wheel – a lot of energy has been consumed, but we have not really gotten anywhere.

Or at least not as far as we need to go. It is true that most airlines have made significant investments in their insurance tools. As I have written before, in Making the digital leap in underwriting, the first generation of these tools focused on providing grading systems and core policy management, while the second generation was made to complement the first with workflow solutions.

However, most insurance environments are still scattered and divided. The time required to use each separate system or transfer information between them means that a new tool more often takes up at least as much time as it is intended to save for insurers.

For example, an operator we worked with not so long ago compiled all the digital solutions that an insurer was theoretically intended to use in a single working day. The number came to 92.

Dividing the insurance workflow into dozens of tools like this is why, as survey data suggests, carriers do not see the return they expect from their issuance investments.

To be clear, I do not mean that these investments have been meaningless or that creating these digital tools does not unlock important exciting new insights and capabilities for insurers – rather the opposite. The tools and systems that insurers have at their disposal now are nothing short of astonishing. For example, they can illuminate “dark data” to, among other things, drive better emissions decisions.

But, as our research suggests, these all too often do not make the difference they should in order to guarantee workflows and for the carrier’s business as a whole. Insurance organizations that reach high levels of ambition for the human experience are all too rare in the industry today.

To change that, we need to see insurers use what I call the third generation of digital tools in insurance business. This new generation will connect the dozens of tools currently available to guarantors to a cohesive platform that seamlessly integrates into the workflow.

And the really exciting side of this? Signs of this trend are already beginning to appear in the industry. We will address it in more detail on this blog in the future.

In the meantime, the next post in this series will look at what our longitudinal study revealed about talent management in underwriting.

Get the latest insurance industry insights, news and research straight to your inbox.