The plaintiff only gets one bite of the apple 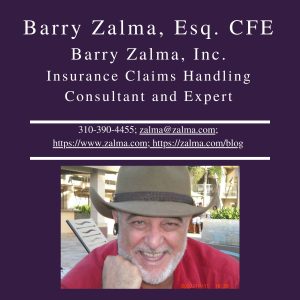 Alan Fischer appealed, arguing that the trial court erred in finding that both of his complaints were barred by the doctrine of res judicata.

Plaintiff was the sole owner, nominee, managing partner and holder of DAB Three, LLC (DAB Three), and he was the only person acting through and for DAB Three. In August 2006, DAB Three (the 2006 action) sued seven defendants.

In the 2006 action, DAB Three alleged that the 2006 defendants were insurance brokers and/or agents. DAB Three further alleged that it had agreed with the defendants in 2006 to procure for DAB Three “a pollution liability policy with full and complete coverage for all environmental conditions” in respect of a parcel of property situated at 60 High Meadow Road in Brookfield (property). Over the course of the next decade, the court issued a series of rulings that fully resolved the 2006 action in favor of the 2006 defendants.

In March and April 2019, the plaintiff sued twice, both of which involved the present appeal (2019 Actions).

The plaintiff claimed that the defendants “withheld” the identity of the individual or entity that brokered the policy in order to compel DAB Three “to try the case and obtain a judgment in [2006 action] against a defendant who allegedly lacks assets.” Both complaints in the 2019 actions assert three claims:

The defendants moved for summary judgment in the 2019 suit on at least eight different grounds, including standing. The court granted both motions for judgment and overruled the plaintiffs’ objections.

The doctrine of res judicata provides that a valid, final judgment rendered on the merits by a court of competent jurisdiction is an absolute bar to a subsequent action between the same parties on the same claim or demand. Res judicata prevents a litigant from re-asserting a claim that has already been decided on the merits. Additionally, claim preclusion prevents pursuing any claims related to actions that have actually been brought or may have been brought. Res judicata is based on the general rule that a party should not be able to try an issue that it has already had the opportunity to try.

For legal force to apply, four parts must be fulfilled:

The doctrine of res judicata prevents the plaintiff from attempting to retry claims based on his alleged new evidence.

The 2006 actions and the 2019 charges seek the same relief, specifically the $2 million in damages the plaintiff allegedly incurred due to the defendants’ failure to obtain adequate insurance coverage for the property. The 2006 Actions and the 2019 Actions arise from the same common core of facts, specifically the acts and omissions of the Defendants in connection with the alleged procurement of the Policy.

Both cases constitute a convenient unit of litigation that conforms to the expectations of the parties. There would have been significant overlap of witnesses and evidence relevant to the 2006 action and the 2019 action. The fact that the legal claims in the 2006 action (breach of contract and CUTPA) are different from the 2019 action (fraudulent concealment, common law fraud and CUTPA) does not preclude the application of res judicata.

This case exemplified the policy considerations that support the doctrine of res judicata—which are to promote judicial economy, minimize repeated litigation, prevent inconsistent judgments, and provide parties with respite balanced against the plaintiff’s competing interest in vindicating an equitable claim.

The plaintiff’s attempt to re-litigate which of the defendants is responsible for his lack of insurance coverage is merely a veiled attempt to collect his $2 million judgment from other parties against whom he has already tried and lost. It is precisely this type of action to which the preclusive effect of the doctrine of res judicata applies.

The judgments were therefore upheld.

The plaintiff was a sore loser and found himself liable for a judgment of more than $2 million that he believed should have been covered by the policy. He sued and failed in the 2006 action and then, in 2019, sued again on the same set of facts. The law allows anyone aggrieved to claim damages. But when the aggrieved party contests to judgment and loses, he cannot bring the suit again. The old judgment remains and the new suit is not new and it fails.