قالب وردپرس درنا توس
Breaking News
Home / Insurance / The devil is in the details. What did your discount actually cost you? | Property Insurance Protection Law Blog

The devil is in the details. What did your discount actually cost you? | Property Insurance Protection Law Blog 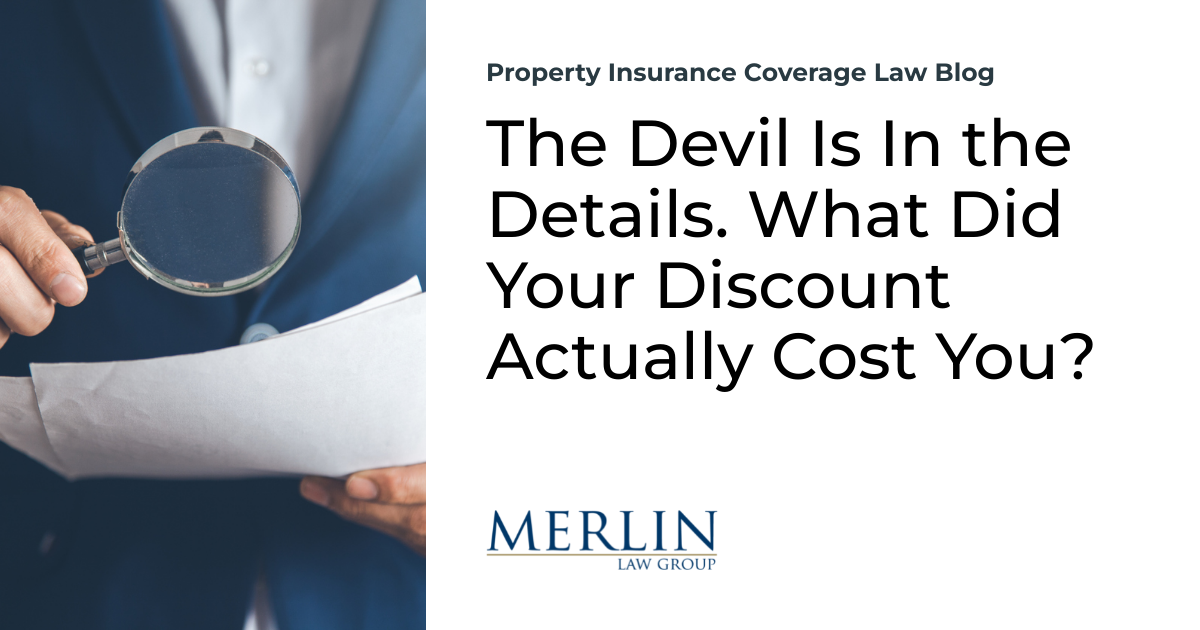 This well-known idiom alludes to a catch or mysterious element hidden in the details.1 Policyholders purchase insurance to protect and secure their property. Unfortunately, many carriers do not disclose provisions that limit their policyholders’ rights should a dispute arise.

Policyholders’ first concern is their premium payment, and they often fail to consider what policy they are actually purchasing. However, cheap insurance is, well, cheap insurance and often provides reduced protection and less coverage.

More recently, a few provisions have made their way into commercial insurance policies that “capture”

; or materially affect the rights of policyholders—for example, a choice-of-law provision that chooses New York law as the law governing the dispute and the appropriate forum for lawsuits.

Under this provision, the policyholder will no longer have the protection of Florida law but will be subject to the less favorable laws of New York. Without additional protections in the policy, New York law is very strict on the issue of late notice, with some case law going so far as to say a three-month delay bar.2 This differs significantly from Florida Statute § 627.70132, which allows two years to bring a claim.

Next is a mandatory arbitration clause. This provision requires the parties to participate in an arbitration process rather than a conventional trial. This directly deprives a party of access to the court system. Arbitration is also often more expensive than a conventional trial. Generally, in an arbitration, each party will hire its own arbitrator and share the costs of a neutral arbitrator. These three will constitute the arbitration board. It should come as no surprise that each party will likely be billed well over $1,000 for each hour the panel works. Finally, arbitration provisions often limit the panel’s ability to award certain types of damages, such as punitive damages.

Surprises can often be unpleasant. The last thing anyone wants is to be surprised with insurance policies that reduce their coverage and cost them more money. So pay attention to exactly what you are buying when choosing your insurance.