The appeal fails when the grounds of judgment are not challenged 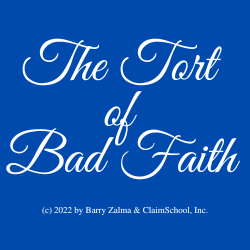 Virginia Sosa appealed the district court’s order granting summary judgment in favor of appellee Auto Club Indemnity Co. (“Auto Club”) and denied Sosa’s motion for a new trial. The court granted summary judgment on several grounds raised by Auto Club, including that Sosa’s claims were barred by the statute of limitations and by the exclusion in her homeowner’s insurance for damage caused by flooding and surface water. IN Virginia Sosa v. Auto Club Indemnity Co., No. 01-21-00312-CV, Court of Appeals of Texas, First District (Aug. 30, 2022), the appellate court resolved the dispute because Sosa did not challenge the summary judgment that her claim was caused by flooding or surface water, which are expressly excluded from coverage under her homeowner’s policy.

Sosa’s house was damaged during Hurricane Harvey on August 26, 2017. Shortly thereafter, Sosa filed a claim with Auto Club, which insured her house. Sosa reported that two feet of floodwater had entered her home, her roof was missing shingles and leaking, and she had sustained interior damage. The Auto Club determined that her damage was caused by floodwaters, which were expressly excluded from coverage under Sosa’s homeowner’s policy that was in effect during Hurricane Harvey.

Sosa filed a first amended petition, which was her direct plea when the county court granted summary judgment against her. Sosa’s amended petition was identical to her original petition except that it changed the date of loss from August 26, 2017 to June 28, 2019.

Auto Club filed a traditional motion for summary judgment, arguing that it was entitled to judgment as a matter of law on several effective grounds. Auto Club argued that Sosa’s claim is barred by the two-year-and-a-day limitations period found in Sosa’s policy because Sosa filed suit more than three years after her claim arose, and that Sosa’s policy did not cover loss from flood or surface water, which it claimed was the basis of Sosa’s alleged injury.

JUDGMENT OF THE DISTRICT COURT AND FOLLOWING ON A NEW TRIAL

The county court granted the Auto Club’s motion for summary judgment. The court also found that Auto Club had disproved several elements of Sosa’s breach of contract claim. flood and surface water damage was not covered by the policy; and all flood and surface water damage were excluded from coverage. The court ordered that Sosa take nothing and dismissed her claim with prejudice.

The failure to contest a ground for summary judgment

In the appeal, Sosa contested only three of the four grounds. Sosa did not challenge the summary judgment order on the grounds that her claimed damages were covered by the insurance. Her appeal letter does not actually mention flooding or surface water.

An insurance provision that excludes claimed damages is an independent ground supporting denial of such claims. Because Sosa’s claim is contractual in nature and Auto Club’s liability for her claim stems from the homeowner’s insurance policy, Auto Club is not liable for damages expressly excluded under the policy.

Summary assessment was correct. The Court of Appeal concluded that the county court did not act arbitrarily, unreasonably or without reference to guiding rules or principles in rejecting Sosa’s request for a new trial.

The judgment of the trial was affirmed.

The facts showed that Auto Club had four viable grounds for summary judgment, one of which Sosa did not contest or even mention in his appellate debriefing. As a result, the Court of Appeal had no choice but to uphold the County Court’s decision as her submissions conceded that the Autoklubben’s position was correct. That she tried to cheat by changing the date of the loss was devastating but really a wasted effort that should have been sanctioned.

the book is available as a Kindle book, paperback or hardcover.