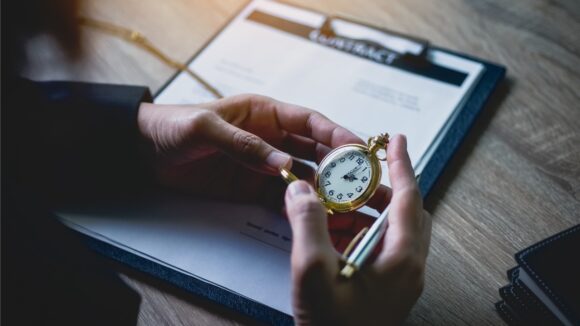 While we have a variety of ways to use data to innovate, one trend we’ve seen that is driving technological advancements in parallel with changes in government regulation is using NIPR integrations to take advantage of Just-In-Time (JIT) meetings. If that sounds like a bunch of nonsense to you, let me break it down.

In 2000, the NAIC opened model legislation to the states for Just-In-Time appointments. Previously, if an agent wanted to sell, quote or explain information about a policy in a particular state, they had to be licensed in that state and appointed with the carrier. An insurance broker would raise their hand to ask to be appointed, the carriers would have to file appointments and pay the associated fees in each state individually. And all too often some percentage of the appointed agents would never write a single contract value.

States that allow JIT appointments instead allow carriers to wait to appoint agents until an agent is actively writing business. Carriers can onboard agents, background check them, and then wait to pay government encounter fees until they have a financial incentive to do so. Timelines vary by state, but most states have guidelines for appointing JITs at this time.

From what our team has seen from our partners in the industry, this has the potential to be very valuable, but many carriers and agencies still handle things the same way they always have. They board a bunch of insurance agents in many states and send appointments to all states and think “well, we spend time verifying the licensing, so we might as well send appointments too.” Unfortunately, this means they take risks and pay to appoint perhaps thousands of agents who may not ever write business in all of the appointed states.

If you think about it, with the industry standard of 80 percent of your business being written by 20 percent of your agents, you could be wasting thousands or even millions of dollars in meeting fees in states for agents who will never write a single piece of business in that the state.

An application programming interface (API) is techspeak for a doorway between different software systems. AgentSync Manage is powered by our industry-first real-time synchronization with NIPR, bringing complex data structures into a user-friendly and accessible interface.

We strive to standardize and create a gateway to these data sets, now others can do it too and get the information they need without having to go and hire a team of engineers to build and maintain it. Our hard work pays off beyond just our team to increase usefulness to others in the industry.

By using the integration with NIPR, we can help people who have limited technical knowledge to use identifiers like social security numbers or national producer numbers for insurance agents to connect to our API to get updated information. They don’t have to guess to interpret the state-specific rules or know how to code – our open API has made it easy to do things like auto-populate producer data on insurance applications, verify licenses in real-time, submit appointments, etc. This is actually a rather low level of automation that has not existed due to the usability and availability of data.

This makes it much easier to bring in brokers and then wait to appoint them until they are actively writing business. With manual processes, it is much more likely that the timeline for a JIT appointment may be missed, or that an agent’s permit license may have expired. Instead, we’ve leveraged real-time access to data and automation to take a process that used to take days or weeks and make it minutes.

Now operators using the technology built on our API can take better advantage of JIT appointments by waiting to pay expensive government fees until they know they will get a return on their investment.

Currently, we have yet to see many operators or MGA partners take full advantage of this now 20-year-old change in regulation, although it is something that, especially with the help of modern tools and platforms, could retain thousands or even millions of dollars. the bank for these organizations.

The downstream consequences of this technology are driving a whole wave of innovation. The largest source of fines in the insurance industry stems from commissions paid to improperly credentialed agents, usually from expired licenses or missed appointments.

Using our API, we can describe which licenses and appointments an agent has in which states, and with fairly low leverage, we can now stop problematic commissions from being paid out and/or prevent agents from transacting without proper credentials before it happens – and fully automated by software.

This integration alone can help insurers, MGAs and agencies avoid compliance risk while opening up their growth channels. This short video shows how AgentSync can help you manage JIT meetings. Be sure to book a demo with us.