May the coverage be with you 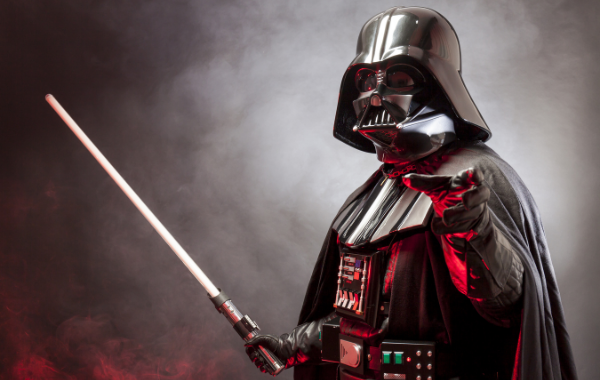 One of the toughest parts of commercial insurance is identifying all the exposures that a business can have. I met a new client yesterday, Darth Vader, who is the Operations Manager for a company called The Empire. It sounds like they have several operations, including security as well as logistics and project management. I collected some information and try to put together a contribution to my insurer.

Something unique about this business: they do not really have a "building" right now. They thought that meant they did not really need insurance, but that could not be more wrong! They still have several exposures, including a large vehicle fleet. I'm waiting for a list, but I understand that there are at least two Star Destroyers, several shuttles, dozens of TIE Fighters, and an effective driver management program. I have to look for the right class codes and cost news to provide my insurer.

I also understand that The Empire has a top secret construction project underway in the Alderaan system. I could not get much information from Mr. Vader, but the good news is that ISO confirms that this is not a coastal place. It does not have the best public protection class – to be in a galaxy far, far away – but the design is new and non-flammable, so it should be easy to write a Builder & # 39 ;s Risk at a reasonable interest rate. I mean, what's going to happen? Someone come along and blow it up? To be sure, I should ask about adding vandalism as a covered cause of loss.

When completed, the new structure will be … 121,736,000 square meters. It seems a little loud; I have to double check with Mr. Father. But provided that is true, the completed ITV will be approximately $ 15,217,000,000; my operator will probably need reinsurance. Hopefully, the empire is willing to take on a high deductible and follows Loss Control's recommendation to seal the thermal exhaust port.

I imagine a structure in size that will have some companies working within, so Empire will have some exporter risk exposure. Restaurants, salons, shopping, recreation – I need a complete list of occupancy and rentals. My best markets will require all tenants to have their own insurance, naming Empire as extra insured and waiving their rights to recover. There may be an opportunity for me to write these other companies when they start – I have to follow up after the building is fully operational.

I'm also interested in watching The Empire & # 39 ;s Workers & # 39; Compensation coverage. . I wonder about workplace safety, the employment and training process, and whether they pay a fair wage and offer benefits. I will also have to reckon with employees in the event of a catastrophic loss, although I can not imagine that terrorism is a major problem with such a remote location.

I also asked Mr Vader to complete an EPLI (Employment Practices Liability). I noticed that he left blank the answer to how the management handles insubordination. I also have to follow it up.

With a huge fleet of very large vehicles and no real estate right now, I want to make sure we take up inland shipping for all the equipment they can have. I have double-checked the planned float and there is no specific exception for firearms. I saw many droids too. I wonder how they value these, on replacement cost or actual cash value? How do they keep track of these droids and where are they stored?

Another item I forgot to cover with Mr. Wader is cyber coverage. I have to assume that an operation of this size keeps some of its data on the cloud somewhere. Empire would need coverage if that information were to be downloaded by a skilled hacker and used against them.

I have been in commercial insurance for a long time and I have worked with many companies, but this one is definitely unique. They have a lot of exposures that I have not seen before, and to be honest, I'm a little worried.

I find the lack of coverage disturbing.