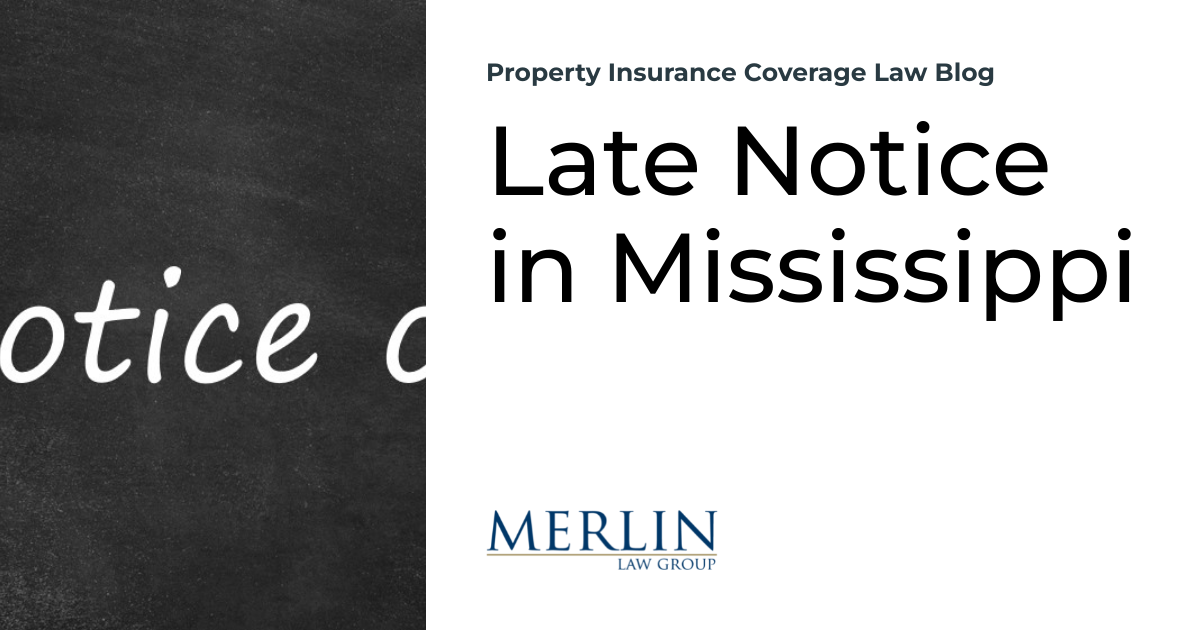 Different states have different stances on this, and Mississippi is one of the states that requires prejudice.

The Mississippi Supreme Court has held that,

[W]here a policy requires termination as a condition precedent to coverage, coverage may still be allowed unless the insurer suffers damage due to delay; that prejudice is a matter of fact.1

As we have pointed out, the concept of prejudice will determine whether a breach of the duty to notify results in the loss of coverage. That prejudice can prevent coverage even if the statute of limitations does not.2

The safe course of action for Mississippi policyholders is to be timely and not late reporting the loss. To read more on the topic of Mississippi law and prejudice, see Chip Merlin’s blog post “Mississippi Require Prejudice for a Policyholder to Lose Coverage for Failure to Appear at an Examination Under Oath.”