It does not pay to be kind to fraudsters 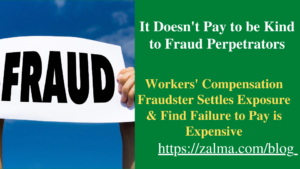 See the full video at https://rumble.com/v1b3cjm-it-doesnt-pay-to-be-kind-to-fraud-perpetrators.html?mref=6zof&mrefc=2 and at https://www.youtube. com / watch? v = OHHydw5T4zs

Arch-Concept Construction, Inc. and its Chairman Dusan Lazetic appealed the Law Division’s decision of April 1, 2021, to enforce the parties’ settlement agreement. Judge Linda Grasso Jones entered the decision after finding that the defendant’s fulfillment of her obligations under the agreement was not excused by the doctrine of impossibility, that she could not write about the parties’ agreement and that the damages provided for in the agreement were enforceable damages. .

The defendants argued that the doctrine of impossibility concerns its inability to perform under the settlement agreement, that the judge should have extended a stay as a matter of justice, and that the damages awarded under the parties’ agreement and a judgment on consent are impossible to enforce. penalty.

The plaintiff Hartford Underwriters Insurance Company provided Arch-Concept with an occupational injury insurance from May 2012 to January 2016. On November 4, 2016, the plaintiff filed a complaint against the defendant to get back what it claimed were unpaid premiums based on Arch-Concept underestimating their salaries and misclassifying some workers. It also sought relief under the New Jersey Insurance Fraud Prevention Act (IFPA), NJSA 17: 33A-1 to -34. The plaintiff claimed that audits estimated that the defendant owed the plaintiff $ 583,665 in unpaid premiums and that it was also entitled to triple damages for the defendant’s violation of IFPA. Arch-Concept and Hartford caught, without defense, to avoid a lengthy trial and agreed to settle the plaintiff’s claims in accordance with a written settlement agreement.

Defendants sent by agreement on payments until June 2020, when they requested the first of three consecutive requests for deferral due to circumstances alleged to have arisen from the covid-19 pandemic and its impact on the defendants’ activities. Although Hartford was not contractually obliged to do so under the Settlement Agreement, it agreed to the first two requests, each of which resulted in a written deferral agreement that did not otherwise change the terms of the original Settlement Agreement, except to extend the time to pay. the entire payment falls due for the following quarter and adjusts the remaining installments accordingly. The plaintiff rejected the third request in December 2020 and the defendants waived only a partial payment. Including the installment payment, the defendants paid a total of $ 200,374.33 at the end of 2020.

After considering the oral arguments, Judge Grasso Jones adopted a decision granting the plaintiff’s claim, enforcing the settlement agreement and awarding the plaintiff $ 224,625.67.

The Court of Appeal concluded that Judge Grasso Jones correctly held that the defendants did not provide any evidence to excuse that they did not perform according to the doctrine of impossibility or that they were entitled to a reform of the settlement agreement on fair grounds.

The Court of Appeal noted that there is a strong general policy that favors conciliation agreements. It’s beyond an objection that the parties to a dispute have the best conditions to decide how a disputed case is to be resolved in a way that is least unfavorable to all. An appellate court should not, and will never rewrite, amend, enlarge, amend or distort the terms of such agreements in favor of one party to the detriment of the other under the guise of a legal interpretation. [Camden Bd. of Educ. v. Alexander, 181 N.J. 187, 197 (2004).]

The doctrine of impossibility is not applicable where the difficulty is the promise giver’s personal inability to perform. A party cannot legally make the performance of the contract impossible through its own actions.

The defendants’ argument that the doctrine of impossibility is applicable to their circumstances or that the court should extend their time to make installments has no sufficient basis to justify further discussion in a written opinion. Judge Grasso Jones ruled that the defendants did not provide any evidence that Arch-Concept could not pay the installments promised due to an overriding event that was not within the original consideration of the contracting parties.

Claims established in commercial agreements between sophisticated parties are seen as presumptively reasonable damages and courts will enforce such a clause unless the party questioning it proves that they are instead an unreasonable sanction.

In essence, established indemnity clauses are intended to compensate one party for a crime against another but not as a “shotgun” to force the party to perform. According to these principles, the defendants failed to show the consent sentence of $ 425,000 minus the payments made was a penalty.

The parties are sophisticated commercial entities represented by agents, who regulated the defendant’s exposure to over $ 2,000,000 in damages for a fraction of that amount. In the event of an infringement, the parties negotiated a backstop which would not only compensate the plaintiff for the infringement but also limit the defendant’s remaining exposure from a reinstatement of the complaint to ensure that the defendants were not obliged to try the plaintiff’s original claim. The verdict was upheld.

Fraud with work injury compensation is a crime and a breach of contract between the insurer and the insured. Under the New Jersey Insurance Frauds Prevention Act, an insurer can, fraudulently, collect three times the money owed. In this case, the defendant faced more than $ 2 million in exposure that was met, through the settlement for just over 10% of the exposure paid in installments. Hartford protected his right to the payments by demanding a judgment for twice the agreed settlement if the installments were not paid. It even gave the defendants two extra months to pay just to be countered with allegations of impossibility. Hartford succeeded and should immediately enforce the judgment and remember in the future that it is not wise to trust a person who is willing to deceive the insurer.