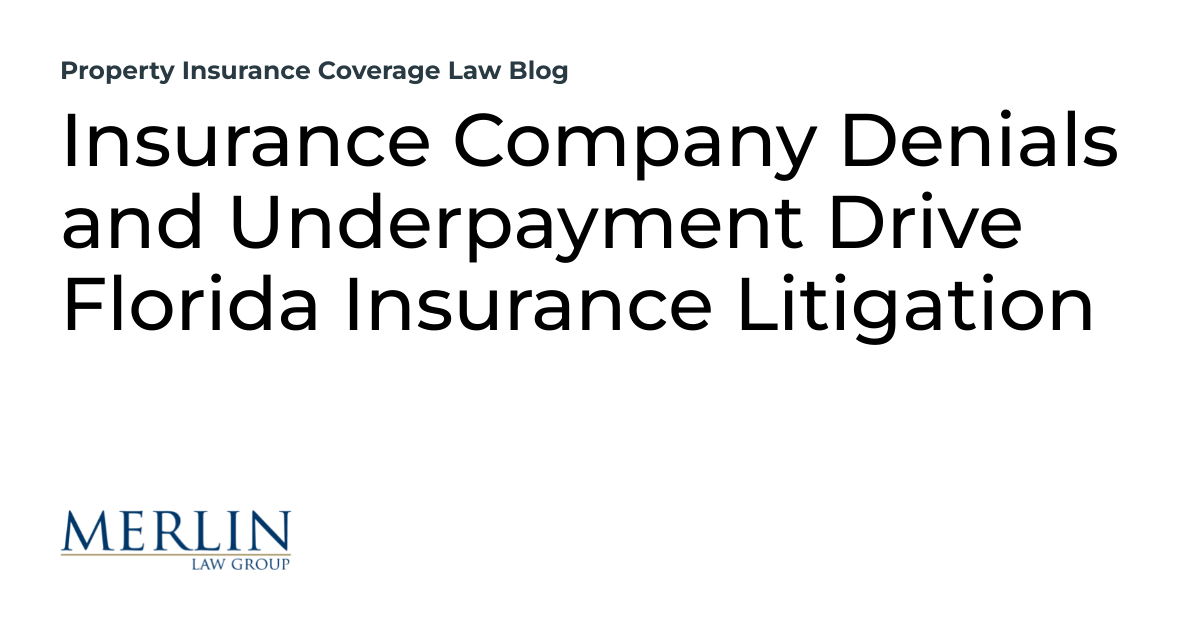 Within days, the Florida Legislature is poised to consider another sweeping round of legal changes to Florida’s property insurance market. Largely at the behest of Chief Financial Officer Jimmy Partronis, whose campaigns are largely financed by the insurance companies he is supposed to regulate, the legislature will consider a list of “reforms” taken straight from the insurance industry’s Christmas list.

The alleged need to further strip away more consumer protections, many of which have been enshrined in Florida law for decades, is rampant litigation driven by lawyers, public adjusters and restoration contractors trying to game the system. But is it true, or is this simply propaganda used by the insurance lobby to insulate itself from accountability in Tallahassee̵

Based on the statistics published by Försäkringskassan, the latter seems more likely. Specifically, as of November 2020 (more than three years after Hurricane Irma), 1,125,588 insurance claims were filed nationwide due to Hurricane Irma. Of these claims, 955,852 were for residential properties and 62,949 were filed for damage to commercial structures. Given the storm’s massive wind field, lack of widespread flooding, and statewide destruction, this storm was the costliest in Florida history until Hurricane Ian.

Although significant amounts were paid, statistics show that 348,706 of the claims filed after the storm were closed without payment, i.e, denied. That is a whopping 31% of the total number of claims submitted by policyholders. For residential claims, more than 25% were denied, while commercial claims came in at a staggering 49%. In Lee County, one of the hardest hit areas in Florida, 29,336 of the 102,319 applications (29%) were denied. The litigation that came out of Hurricane Irma has been used as a springboard for the insurance lobby and its legislative agenda. But what do you expect to happen when you as an industry deny 31% of the claims submitted to you after a historically devastating storm? Are lawyers, public adjusters and contractors really the driving force behind the ensuing Irma litigation, or are they angry policyholders who didn’t get a dollar after paying hefty premiums for purported coverage?

Ultimately, there are a number of reasons for the influx of litigation in recent years. But ignoring the systemic problems in Florida’s insurance market (underfunded companies completely dependent on the reinsurance market, understaffed and inexperienced claims departments, and outright fraudulent behavior such as pressuring field adjusters to change reports and estimates to minimize or deny payment) is a big mistake. . This is especially true when making decisions that can permanently remove the rights of vulnerable policyholders after their lives are turned upside down by a disaster.