How female leaders in insurance rank gender equality in the industry 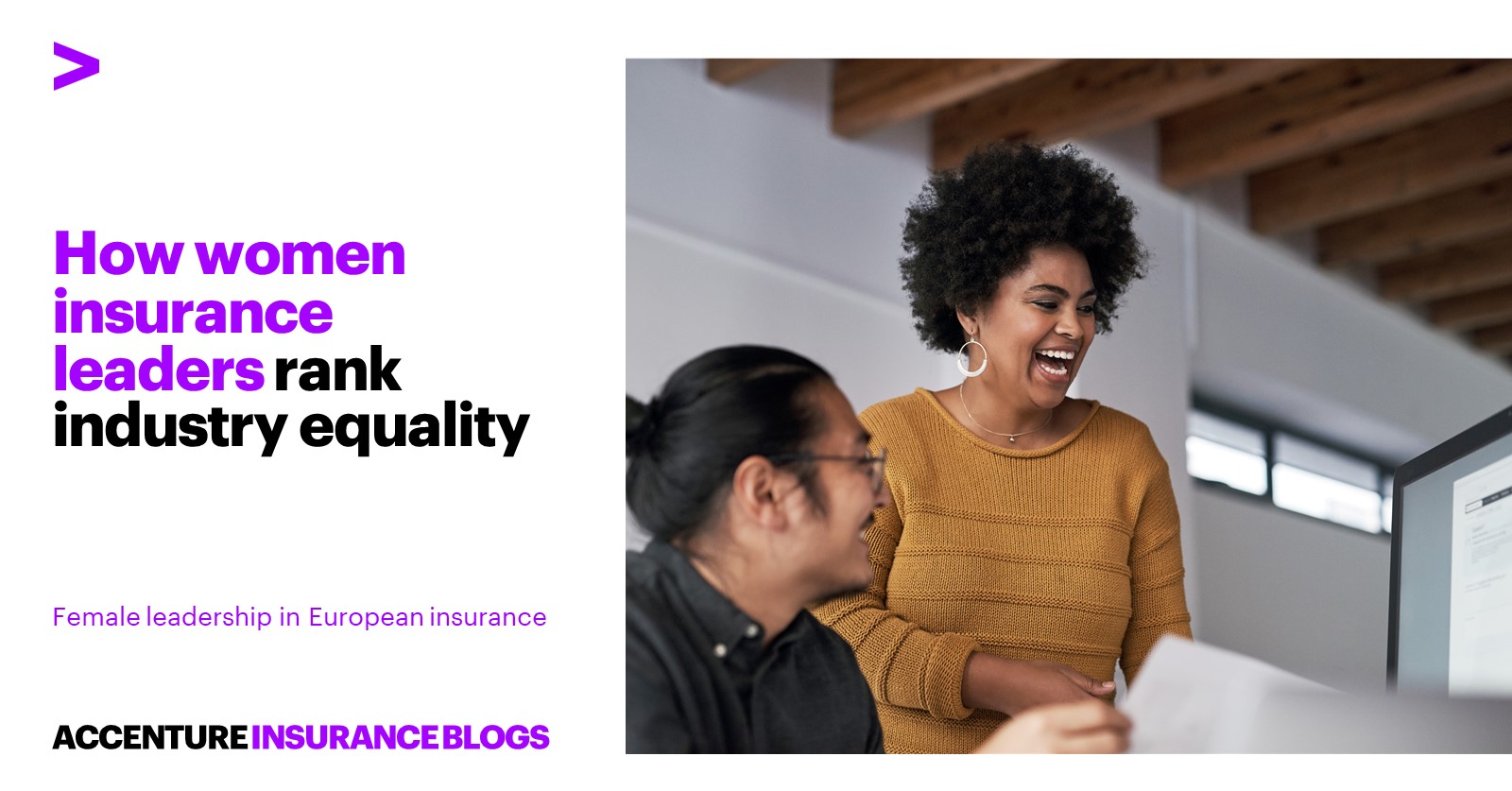 Diversity and inclusion are a priority in all industries, and insurance is no different. In this series, we have examined the state of diversity among insurance companies operating in Europe through the lens of gender equality, especially when it comes to promoting leadership in the industry. In previous posts in the series, we have identified important research findings on the positive effect of gender equality in industry leadership. We also noted some important cases where European insurance companies are fighting for gender equality through active goals and internal mentorship programs. I had the privilege of talking to several women leaders in the industry and hearing their views on the progress of the insurance industry from their perspective. In this article and the next, I will share some of their key insights into how far we have come in promoting gender equality and what we need to focus on in the future.

The insurance industry has improved, but still needs to work with representation

Most of the women interviewed admitted that gender equality in the insurance industry has improved in recent years, mainly through targeted internal programs. Allison Cone, Accenture Senior Manager, Marketing, Insurance South (NA) believes that this deliberate move steers the industry in the right direction, “I think the industry is really lagging behind other categories. But there has been a positive momentum in the last 5 years that have accelerated a much-needed correction in the industry. ”

In some European countries, the data look positive. María José Álvarez. Director of Innovation, Marketing and Development at Grupo Catalana Occidente says: “Data from UNESPA (Unión Española de Entidades Aseguradoras y Reaseguradoras) show that insurance companies have made great strides in this area. According to UNESPA, women’s employment in the Spanish insurance sector over the last three decades, and women currently represent more than 50% of the workforce in insurance companies in Spain. In addition, their presence in all areas and occupational categories is increasing. But we still have a long way to go and we must continue to promote a greater representation of women in leading positions by setting goals, and giving them greater visibility. ”

Leaders from Zurich and AXA reaffirmed their companies’ commitment to fostering female leaders. Nuria FernandezAXA says, “We have made clear efforts to increase the number of women in top positions. AXA has developed from 9% in 2009 to 36% women in our Global Leadership Network (GLN) by the end of 2021. Women hold 37% of the CEO roles in “The GLN group. Still, our ambition is to achieve gender equality, which means that we will reach 50% of the highest leadership positions held by women in 2023.”

Marga Gabarró Olivet, Zurich reaffirmed the industry’s commitment to gender equality, but noted that the proportion of female leaders in the industry is still low. to sustainability programs, which usually include measures related to diversity and inclusion as well as gender equality. Having said that, it is also clear that, as in most industries, there is still a big gap to close when it comes to women in leadership roles, equal pay or transparency in, among other things, D&I. In Spain, for example, we have seen the number of women in senior positions grow significantly, but female CEOs are still only 13% of these positions in the industry. “

While female leadership has been our focus for the series, Katrien Boy’s Director of Strategy, Innovation and Sustainability at Grupo Agea’s Portugal made the valid point that diversity and inclusion (D&I) is a far-reaching priority that should be expanded to maximize impact, “D & I- Strategies, commitments and practices with a focus on gender equality and employment with disabilities tend to be the most common due to the focus on compliance. Most D&I strategies have an internal focus and strive for diversity and inclusion among their employees. Few companies go beyond this and turn to other stakeholders such as their customers. D&I strategies, commitments and methods focused on race, ethnicity or sexual orientation and gender identity are rare. “

Cara Morton, CEO of Cover-More, agreed: “As a whole, the industry is improving but has a long way to go. Not just around gender, but with regard to diversity in all its forms.”

Diversity benefits the insurance industry across the board

At the product and service level, insurance companies must ensure that the teams that build their offerings represent those they serve. Cara Morton said: “Diversity gives different perspectives. If the same people use the same lens, you get the same effect. In insurance, like many other products, 50% of customers are women.”

From a commercial perspective, Nuria Fernandez also notes, “Increasing women’s participation in the labor force will also increase women’s willingness to invest in the security and protection of their families, which is particularly relevant for the insurance industry. Having an equal society thus increases economic growth and generates additional insurance premiums.”

As we discussed in previous blogs, many research studies have also shown that creating a versatile work environment can make organizations more innovative and more performing.

Carmen del Campo Elvira from Mutua Madrileña reiterates the research, saying: “As a company is more diverse, evaluation and analysis capabilities will become more complex with effects in terms of profitability and long-term sustainability. In fact, many studies correlate positive gender leadership with better performance. ”

Katrien Buys emphasizes the effects of diversity in the workplace and says: “More inclusive teams experience better teamwork and an increase in employees’ feelings of inclusion translates into an increase in perceived team performance (17%), decision-making quality (20%) and team collaboration (29% ) ”

“People who work in an inclusive environment feel empowered to be themselves, are more engaged, more efficient and happier. They are not afraid to share new ideas and perspectives, resulting in more creative and innovative collective problem solving. Therefore, equality is only fundamental to the future success of our industry as well as to our society. And equality refers not only to gender but also to generational diversity, cultural diversity and sexual orientation or gender identity or gender expression. ” Marga Gabarró ends Olivet.

As we have discovered in this series, diversity and inclusion and gender equality in leadership are a priority that requires focus and deliberate action. In the last article in this series, I will share the insights of female insurance executives about why insurance is a rewarding career for women, and what practical steps they believe should be taken to run a fair industry.