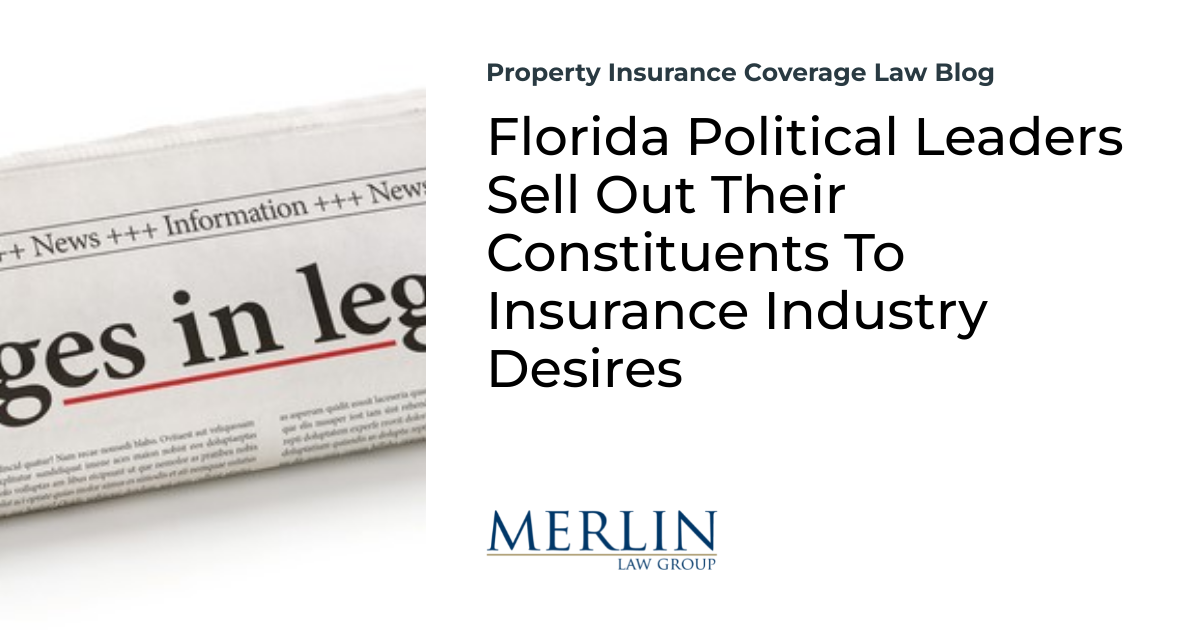 “We’re here from the government, we’re here to help you”

The Florida Senate and House leadership have sold out to the insurance industry. They have destroyed the rights of individual policyholders. They have effectively prevented policyholders from being able to hold fraudulent insurance companies accountable. I don’t know what happened to the Republican conservative value of holding cheaters accountable.

Here is the bottom line on the practical effects of these proposed laws:

The bottom line is that Florida political leaders wrote minimal sham consumer protection regulations with no teeth in an attempt to hide these laws that hurt policyholders. Policyholders could not apply these provisions even if they were aware of them. Instead, they would have to complain to the government. Then the government just calls the insurance company to say “stop.”

Unlike the majority of states, Florida does not have a first party bad faith common law claim. Additionally, Florida common law does not allow foreseeable compensatory damages caused by an insurer’s breach of contract. So by changing the Civil Code, Florida policyholders, except in rare cases, have no remedy for the harm caused by a bad-acting insurer. The practical effect is that it prompts a Florida insurer to deny, delay and underpay on a systemic basis.

What good is insurance if it doesn’t pay out quickly and in full? These new proposed laws and the elected officials who vote for them are simply selling out to the insurance industry. There is no way to sugarcoat it.

People crushed by laws have no hope but to avoid power. If the laws are their enemies, they will be enemies of the law; and those who have the most to hope for and nothing to lose will always be dangerous.
—Edmund Burke