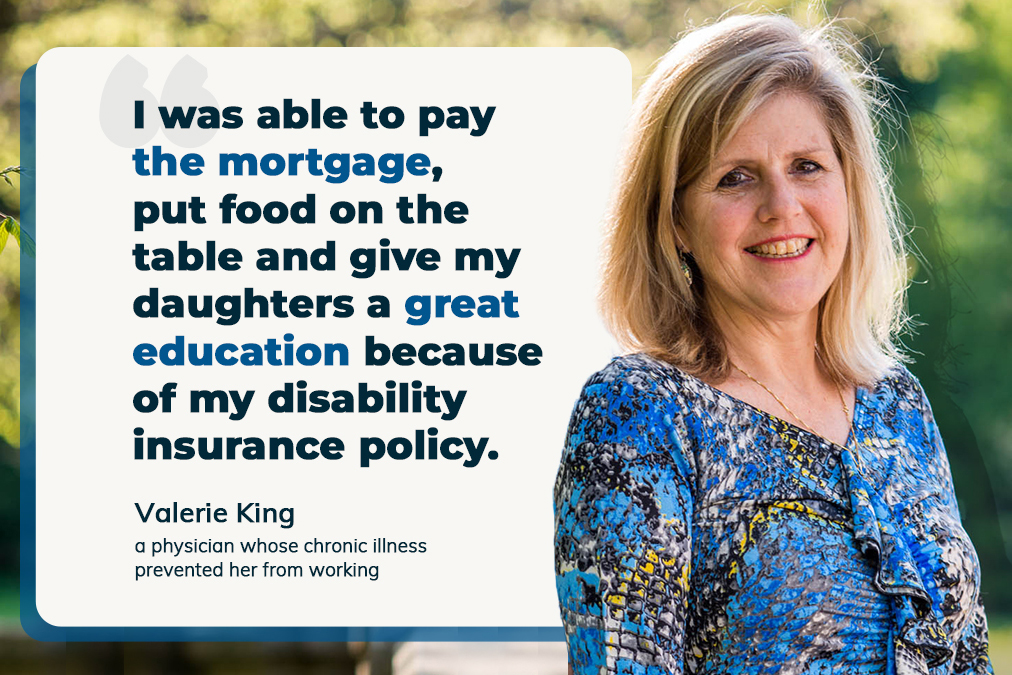 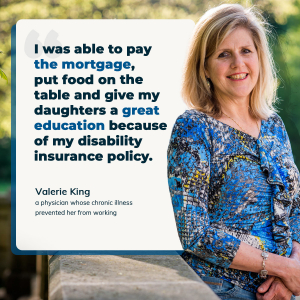 Valerie King was not a believer. When she switched from her medical residency to practicing as an emergency room doctor, she did not think she needed health insurance. “I would never be able to imagine a life without working,” she says. Her insurance professional convinced the young doctor of something else.

That was wise advice. Although Valerie never thought she would need it, a condition called ulcerative colitis made the decision for her. The illness and a series of surgeries made it impossible for her to perform her duties, and she found herself unable to pursue the profession she loved. It was her health insurance coverage that enabled her to survive financially and take care of her three young daughters, whom she raised as a single mother.

Life also had a second chapter for Valerie. She met and married Tim, also a divorced parent. They looked forward to raising their mixed family together and sought advice from insurance specialist Larry Ricke, CLU, ChFC. In addition to the life insurance he had recommended, Larry made sure Tim understood the importance of health insurance. Tim did not think he would ever need it, but at Valerie’s urging, he eventually agreed to get coverage.

“No one thinks the lightning strikes twice,” says Larry, “but in this case it did.” Tim, who held a high-profile position in the printing industry, was close to death from an undiagnosed aneurysm and problems with the valves with his heart. A risky operation saved his life but ultimately prevented him from returning to work. Once again, health insurance made it possible for the family to move on financially.

“Most people think, ‘It will never happen to me,'” Valerie says. “But the truth is, it can – and does. Everything else disappears if you do not have health insurance and can not work. ”