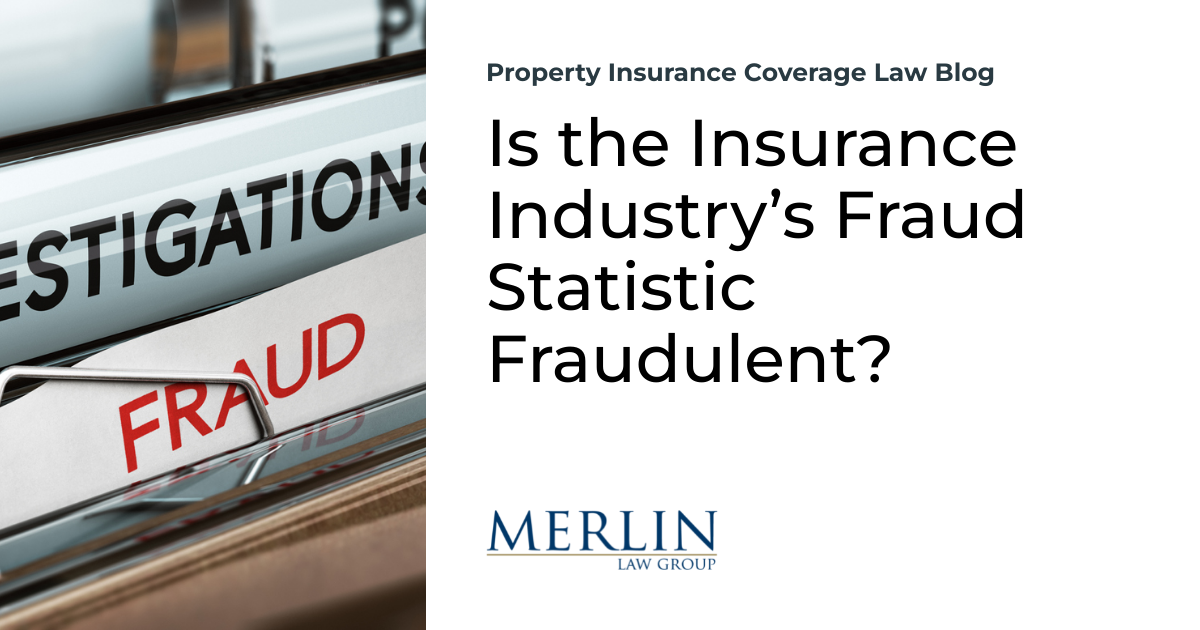 This is not the first time I have raised this issue. Fourteen years ago I wrote a post Are Insurance Fraud Statistics Deceptive? Those who make up these statistics are still not transparent with the actual numbers and methods. They do not show how the calculations were made.

Least this study admits that the figures are not reliable and are not based on actual fraud detections by insurance companies:

WCCTF considered several methodological approaches as the basis for this study. It was considered to carry out the research using a quantitative methodology, which would mean that a research instrument was developed in the form of a survey, which would then be circulated in the insurance industry. The advantage of this method would be real-time results directly from the industry. WCCTF explored this option but found that this approach would be problematic due to data integrity issues. Because of privacy concerns with the release of claims, policy, and fraud information, collecting specific data from carriers and industry groups via a survey would be extremely challenging and provide lower data sets. After contacting several operators who had data set sources, WCCTF clearly understood that operators were very resistant to releasing all data outside of their respective corporate environments, making this quantitative approach not a viable research option.

A qualitative method was also considered, where the researchers would conduct in-depth interviews with industry professionals about fraud costs and measurement. This would be a very beneficial approach as direct contact and feedback would be collected. However, WCCTF recognized that this approach would also result in the same data and information integrity challenges and therefore would not be an ideal structure for this research endeavour.

WCCTF considered many other research methods and considered these options along with the time frame and resources for this study and believed that using available datasets would be the best option. WCCTF conducted initial exploratory searches over several months for available data and existing insurance fraud research and realized that there are many data sets, studies and publications that have already been conducted that could be used as core data points for this current study. Therefore, the WCCTF decided that the structure of this study will consist of locating, reviewing and analyzing currently available research and data sources, in other words, the WCCTF will not collect any “new”

; data as part of this study.

In each of the line of business (LOB) sections, WCCTF will address the reasoning behind the choice to use specific data associated with that line of business. WCCTF considered and reviewed hundreds of sources to serve this study, but the final data was selected based on those sources aligned with organizations that had the highest degree of creditworthiness in the industry and used the most accurate and efficient method of data collection.

The researchers admit they don’t have the data, and much of this was extrapolation. Yet they make this statement:

[E]With these flaws and limitations, the research team is confident that the results will be credible, sound, and provide an accurate picture of the current costs of fraud in the United States.

Do any of you play the card game “bullshit?”

I made this comment fourteen years ago and believe it is still applicable today:

The bottom line is that an insurance customer is just as good a customer after a loss as when the insurance company appealed for the premium. Policyholders do not deserve to be treated by Gestapo claims organizations as guilty or unworthy of respect after a loss. While insurance fraud is a problem and should be punished, the insurance industry owes its customers and society in general an apology for providing unsupported statistics that lead honest customers to fail. If the industry really believes the fraud numbers they cite are accurate, they should prove them.

Statistics are used much like a drunk uses a lamppost: for support, not for illumination.
– Vin Scully