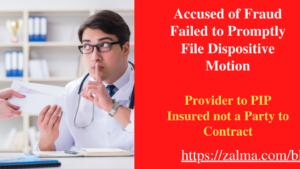 The scheduling decision, introduced in July 2019, set a deadline for dispositive motions until March 20, 2020. Hartford requested a summary judgment the day before that deadline, and a hearing on that motion was scheduled for September 24, 2020. But one week before the hearing – six months after the deadline for motive motions – Greater Lakes requested permission to file a motion for judgment on the pleadings.

The court has the option to change the schedule to allow the Greater Lakes to file a motion, but only for good reason. Fed.R.Civ.P. 16 (b) (4). Although district courts enjoy a wide margin of discretion under Rule 16 (b) (4), permission to change a schedule should be denied when there is no evidence of due diligence. [In re Nat’l Prescription Opiate Litig., 956 F.3d 838, 843 (6th Cir. 2020).]

Greater Lakes showed neither that it could not have submitted its dispositive motion despite its diligence nor that the delay was due to excusable negligence. Instead, it claims that it retained a new attorney in September 2020 who concluded that Hartford had failed to file a claim. Attorney Shereef Akeel appeared here for the first time in September 2020. However, Attorney Lukasz Wietrzynski represented the Greater Lakes from the beginning of this lawsuit until October 2021.

Wietrzynski either made a deliberate decision not to file a motion within the time limit or he made a mistake when he did not. In any case, Wietrzynski’s failure to file a motion in time does not give the Greater Lakes any good cause or excusable negligence.

The court rejected Greater Lake’s manifestly unfair argument because its proposed claim for a judgment on the pleadings was unfounded. In determining whether a plaintiff has made a “plausible” claim, the court must interpret the complaint in the light that is most favorable to the plaintiff and accept all well-founded factual allegations as true.

Greater Lakes argues that Hartford’s claims for damages must be dismissed because the parties’ relationship is governed by the policy without error. Greater Lakes claims that these insurances required it to provide proof of loss before Hartford became liable to pay the insurance claims. Thus, Greater Lakes claims that the allegation that it submitted fraudulent evidence of loss relates to its performance under the policies and “sounds[s] in contract ”rather than tort law.

Under Michigan law, failure to comply with a contractual obligation gives rise to a breach of contract claim but generally does not give rise to liability for damages. An exception to this “contract only” rule is that liability may exist if the complaint alleges breach of a legal obligation separate from a defendant’s contractual obligations. For example, allegations of incitement to fraud and “fraud” in addition to the agreement “are permissible, while” fraud intertwined with breach of contract “cannot support an independent claim.”

The complaint here is not that there is a contract between Hartford and Greater Lakes. Although Greater Lakes claims that the policy is free to govern this dispute, it was not a party to these policies.

The contract rule alone does not prevent claims for damages when no contract exists. Greater Lakes insists, without supporting precedents, that policies govern without error because caregivers can “step into the insured’s shoes” to receive payment according to the policies – which means that there is a contractual relationship between providers and insurers.

Although there was a contract between Hartford and the Greater Lakes, the Michigan Supreme Court has ruled that insured persons can make separate claims for fraud and recovery of benefits without error.

Unlike a claim without fault, a fraud claim does not arise from an insurer’s mere failure to perform a contractual or statutory obligation, such as failure to pay all PIP benefits to which its insured is entitled. Rather, it is because the insurer has violated its separate and independent obligation not to mislead the insured, which obligation is imposed by law as a function of the relationship between the parties.

The court also rejected the theory that the innocent act represented the language of fraud. The Court recognized the rule of contract only and noted that “there, as here, breaches of separate and independent obligations [is] alleged, [the insureds] should be given an opportunity to prove “their claims for damages. Because “misleading essential facts and deceiving their insured” was a violation of an independent obligation, the language of fraud survived.

Hartford, presumably frustrated by the state’s failure to prosecute fraudsters, acted proactively and sued the providers of health care for insured persons whom it claimed were fraudulent. Greater Lakes, facing a motion for summary judgment that it thought it would lose, filed a delayed motion for a judgment on the pleas and lost its request to file a late disposition motion which the USDC judge found impotent. It is an act of “chutzpah” or unable to come up with this motion but it managed to slow down Hartford’s ability to get a summary judgment.